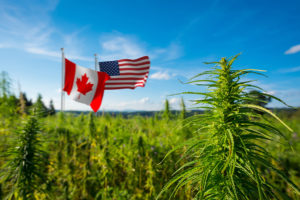 Canopy will charge Acreage Hempco 6.1% annual interest for the loan, which will be disbursed in two payments, according to the announcement.

Acreage grows and sells both hemp and marijuana in the U.S. The loan specifies that Acreage can’t use Canopy’s $100 million on marijuana “unless and until such operations comply with all applicable laws of the United States.”

Acreage is based in New York and trades on the Canadian Securities Exchange as ACRG.U and on U.S. over-the-counter markets as ACRGF. Canopy’s shares trade on the New York Stock Exchange under the ticker symbol CGC and on the Toronto Stock Exchange as WEED.