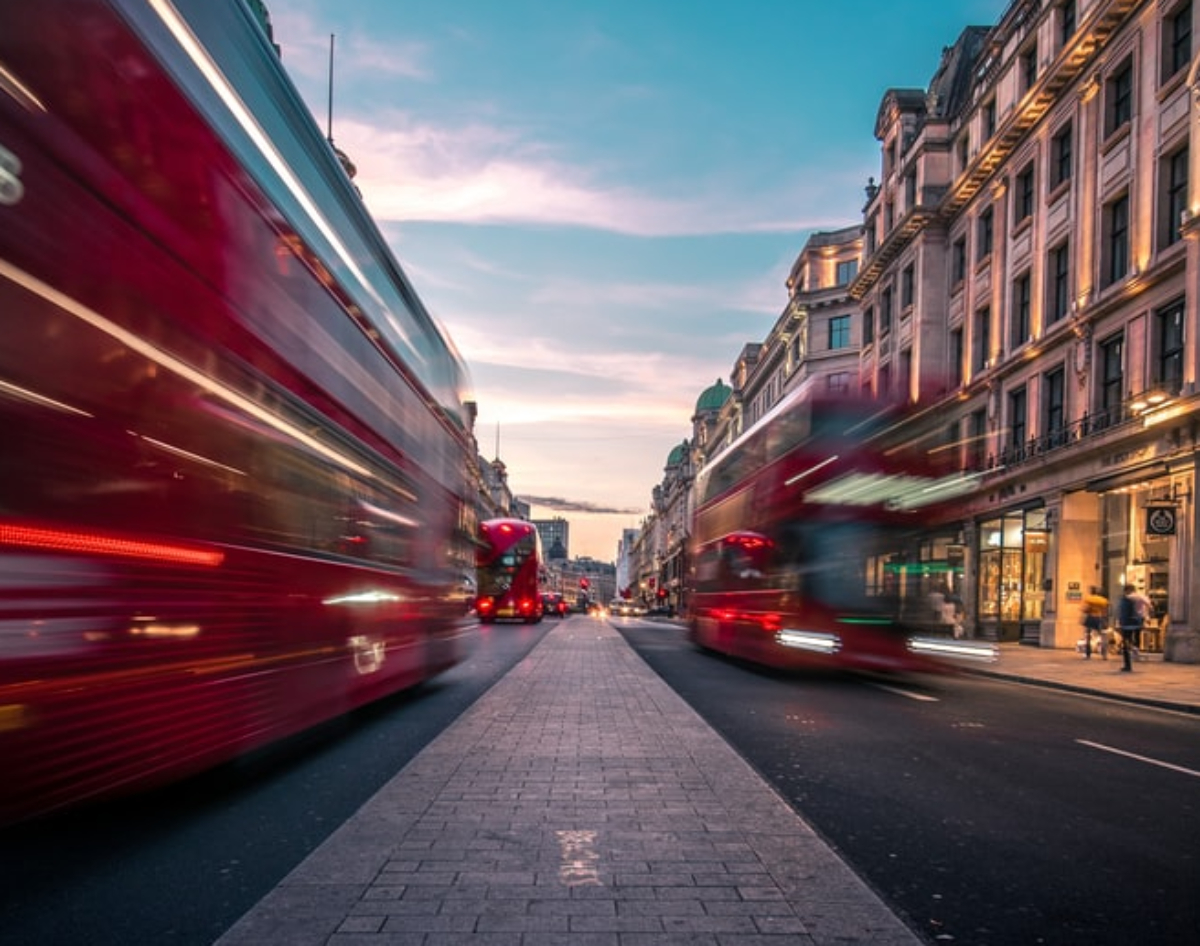 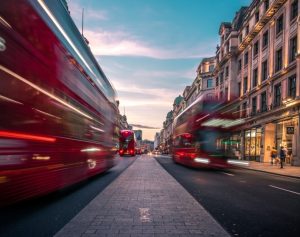 The UK market for CBD edibles is less than six months away from a radical upheaval, but Gavin Ogilvie isn’t worried.

Starting April 1, no CBD product on the UK market will be allowed to stay there without validation by food-safety authorities, and Ogilvie’s company – the Manchester-based cannabinoid supplier and white labeler Always Pure Organics – is one of hundreds of companies that are on the hook to get it.

Ogilvie, the company’s managing director, has been working on assembling the data and test results for two validated Novel Food authorization applications since March of this year.

Always Pure Organics, which sources its CBD from Switzerland, has sought the advice of a toxicology expert and a separate consultant to review the applications. Ogilvie estimates that each application will end up costing around 150,000 pounds ($195,000).

“We will be working on [the applications] up until the very last moment, there’s always bits that can be improved,” Ogilvie told Hemp Industry Daily.

Ogilvie’s company, which delivers bulk products and ingredients to 183 CBD brands and companies around the world, is just one of hundreds of CBD firms competing for a piece of the UK’s CBD market, which the Brightfield Group has forecast to hit more than $500 million by 2025.

The Food Standards Agency in London moved to stop the sale of unauthorized CBD foods earlier this year, when it said that CBD products already on the market would have until March 31 of next year to submit a validated Novel Food authorization application.

EU regulators determined that CBD needs pre-market Novel Food authorization in 2019. Because the ingredient wasn’t commonly eaten in Europe before 1997, the European Commission placed cannabidiol in the category of “novel foods,” meaning safety studies and toxicology data were required before it could be sold to consumers.

Despite the Commission’s pronouncement, CBD brands have proliferated on shelves and on retail websites in Europe and around the world, and the UK is the first country to set a deadline to remove non-authorized CBD products from the shelves.

The Brightfield Group estimates there are around 400 players on the UK market, but just how many will be left standing after the FSA deadline remains unclear.

Most major industry voices in the UK advocate for applying for Novel Foods authorization. The cost of doing so has some companies pooling resources to file a collective application.

The Association for the Cannabinoid Industry is also taking a consortium approach to obtain toxicology and safety data for CBD, with 15 companies on board and more in talks to join.

The Cannabis Trades Association, which previously maintained that non-isolate, non-synthetic CBD products did not fall under the scope of the Novel Food Regulation, has since encouraged its members to comply with the FSA deadline.

“We are taking a practical approach to enable our members to avoid potential future enforcement by working with and not fighting against the FSA,” the group wrote in July.

Despite that broad consensus, the UK requirements have not always been clear, and the scramble to meet the UK deadline comes against the backdrop of regulatory uncertainty for CBD in continental Europe.

Before its official departure from the European Union on Jan. 31, the UK was subject to the EU’s Novel Food Regulation and guidelines.

Under those guidelines, the Novel Food application process is managed by the European Commission, which gets the first review of dossiers before deciding to send them on to the European Food Safety Authority.

The European Commission announced in July it would stop reviewing CBD novel food applications, saying it had taken the prelminary stance that flower-derived cannabidiol should be regulated as a narcotic under a landmark 1961 U.N. narcotics treaty.

The UK continues to operate under EU rules during the Brexit transition period, which ends on Dec. 31. This means the FSA will not start officially reviewing Novel Food applications until Jan. 1, though it has encouraged potential and current applicants to reach out for guidance in collecting the necessary data.

The UK’s rollout of its new policy for CBD products and the requirements for a “validated” Novel Food application have not always been clear.

The FSA first announced the Novel Food deadline for current market participants on February 13, but details on the application requirements have come out piecemeal since then.

FSA authorities “tend to get back in touch,” Ogilvie said, “but you’re waiting two or three weeks, which is a ridiculous amount of time to respond to an email.”

Murky requirements and delayed clarifications aren’t the only pain point for CBD companies as they clamber toward the Novel Food application deadline.

Brexit uncertainty, the global COVID-19 pandemic and conflicting advice from industry groups have left many companies hesitant to invest in a Novel Food application, Oliver said.

“There’s a lot of misinformation,” Oliver said. “It’s not unusual for us to speak to somebody who says, ‘I’ve spoken to five or six different people,’ and everybody has told them something different.”

The ACI’s Steve Moore agreed that mixed messages from suppliers is a problem: The association suspects makers of finished CBD products are being deceived by partners up the supply chain who claim to have started a Novel Food dossier.

“We think they’re being willfully misled by the suppliers,” said Moore, who serves as ACI’s strategic counsel. “It seems to me from the work we’ve done that most of those companies are taking it purely on trust that the suppliers are taking neccessary steps to submit a dossier.”

Shomi Malik, development director at ACI, said he has spoken with 20 to 30 white labelers in the UK who received assurances from suppliers that a Novel Food application was in progress.

“My next email is then to ask to see evidence … at which point they can’t show me anything,” Malik said.

Moore added that most of white-label CBD companies that ACI has contacted don’t have regulatory professionals on staff and have not budgeted resources for Novel Food compliance.

“They’re scrambling around without any budgetary planning for becoming compliant and they haven’t hired anybody to manage that process for them,” Moore said.

According to the UK’s consumer-protection agency, Trading Standards, products with a validated application can remain on the market while the authorization process is ongoing. The agency estimates this process could take up to 17 months.

Any CBD-based foods or food supplements placed on the market after Feb. 12 of this year, as well as those products without a pending application, may be removed from sale by local authorities.

Oliver of Canna Consultants said it’s likely that British food authorities will be rigid in enforcing the March 31 deadline, with flexibility offered to those whose application efforts were undertaken in good faith.

“I think there will be a certain element of discretion with people submitting dossiers who are now doing everything that they need to do,” Oliver said. “Maybe the data isn’t available on the 31st of March but available during April and May.”

UK authorities appear to be taking steps to ensure they have the manpower to enforce the deadline: The FSA has posted at least eight new job openings for regulatory enforcement staff members, according to a tally from Canna Consultants.

“There are some simple ways to enforce, which would be to tell retailers that the responsibility is on them to sell novel products,” Oliver said.

Love Hemp, one of the companies applying for Novel Food authorization with the help of ACI, says confusion and uncertainty in achieving FSA approval will be worth it for the CBD industry in the end.

“Many unregulated products and brands will be removed from the market following this, consequently helping to create a trusted, safe and well-regulated environment for the future of CBD in the UK.”

Monica Raymunt can be reached at [email protected]