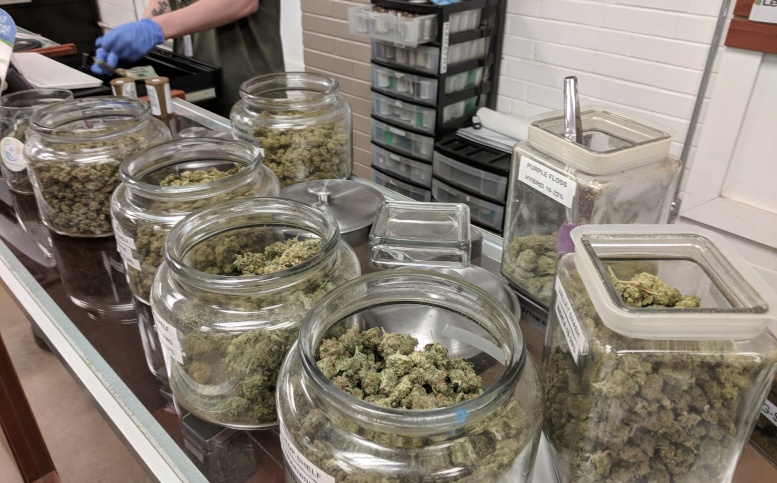 A rule that authorizes wholesale deals between hemp producers and marijuana retailers could bolster the fortunes of the Massachusetts hemp sector by establishing at least a limited legal pipeline for CBD and smokable hemp products through the state’s adult-use and medical cannabis dispensaries.

The regulation, which took effect this week, is among those guiding hemp and hemp-derived products under the Massachusetts Department of Agricultural Resources (MDAR) hemp licensing program.

Under the provisions for hemp sales to marijuana re-sellers, the state’s hemp farmers and producers can now sell CBD and other extracts as wholesale goods to retailers licensed by the state’s Cannabis Control Commission (CCC). Unprocessed hemp flowers and packaged and labeled raw flower products may also be sold to those vendors.

CCC controls all retail sales from marijuana outlets, so hemp products presumably must meet the agency’s standards and regulations.

While Massachusetts hemp advocates have pushed for broad leeway to sell CBD and other hemp extracts as food and health supplements over the counter, the rule which took effect this week is at least a half-step to opening up broader sales of those products in the state.

Massachusetts marijuana retailers are barred from sourcing hemp products from out of state. By restricting deals to Massachusetts companies, the rules could therefore underpin wholesale prices for the state’s farmers and producers – particularly in the CBD sector, where prices have hit rock bottom due to a global oversupply of CBD hemp biomass. It means a faster path to balancing (limited) supply and demand, which can give hemp growers greater insight for planning purposes.

Meanwhile, smokable hemp is a natural fit, from a marketing perspective, with marijuana. Until products such as hemp pre-rolls and loose-leaf products can be made as accessible as cigarettes and tobacco, distribution through marijuana stores will at least get a legal market rolling.

CCC said it is working with MDAR on updating regulations to add rules that will guide dispensaries seeking to purchase hemp products. Under existing CCC rules, CBD can only be used as an ingredient in non-food products, and may not be marketed in dietary supplements.

“The commission is reviewing this new guidance and will collaborate with MDAR to ensure regulated hemp products are sold safely and effectively through marijuana establishments and medical marijuana treatment centers in accordance with state law,” CCC spokesperson Tara Smith told CommwealthMagazine.org.

CBD was approved for use in health & beauty topicals under the MA Hemp Industry Survive and Thrive amendment approved by lawmakers in late 2020, but the CCC had said at the time that regulation of CBD as food could change only if the compound is eventually approved by the U.S. Food and Drug Administration (FDA). Reversing course shortly thereafter, Gov. Charlie Baker signed a budget measure allowing marijuana retailers to sell CBD and other hemp products.

Products such as hempseed, hempseed oil, building materials, textiles & fashions, and other products and materials derived from hemp fiber were made eligible for wholesale to cannabis retailers under the original rules. But those regulations restricted sales of hemp flowers and their derivatives to wholesale transactions among MDAR licensed growers and producers.

Among other rules to govern wholesale hemp sales to marijuana retailers:

Growing hemp was legalized by Massachusetts voters in 2016 and the state started allowing hemp cultivation in 2019.