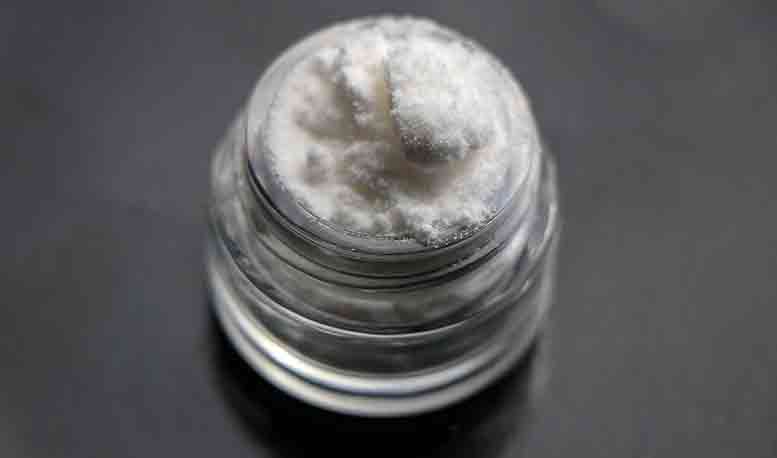 After a period during which prices stabilized, discounting has resumed in the isolates subsector, according to the Q4 2021 Benchmark Report from commodities trading platform Canxchange.

Large orders of CBD and other isolates tracked by Canxchange had flattened out in the €400-€500/kg price range earlier this year, but orders bigger than 25kg recently dropped into the mid €300’s/kg and appear headed even lower, according to the new report, released today.

“Oversupply is still abundant,” Canxchange noted, forecasting that prices for such larger quantities may dip to the low €300’s/kg moving into the new year. “Overall this will push out the weaker competition,” the report predicts.

Prices for distillates and hemp oils also continue to trend downward, Canxchange reported. Some distillate sellers recently cut prices by as much as half to liquidate stock amid the lingering worldwide oversupply, but “that doesn’t mean that these low prices are here to stay,” the report observes.

While there is similar pressure on hemp oil prices, the Benchmark Report said interest in THC-free crude is growing among extractors and pharmaceutical companies. While U.S. producers are now offering lower prices, “the equilibrium price will soon be reached and EU produced crude will start to converge towards U.S. pricing,” according to the report.

In other highlights from the Q4 Benchmark Report:

Average grain yields expected: Growers in Russia and Europe are expecting average grain yields this year. Last year producers were willing to accept €0.9-€1.00/kg on larger volumes but with demand growing “it seems that we are starting at the €1.25/kg level with the new harvest,” Canxchange said.

Prices for flowers tumble: Outdoor flower prices fell to around €300-€350/kg from around €500/kg six months ago. Indoor flower prices, which have been slightly less susceptible to the downward pressure, experienced a small price decrease to around €1300-€1700/kg from €1600-€2000/kg during the same period.

Farmers’ outlook: While farmers remain “fairly optimistic,” challenging global conditions in energy, logistics, and labor costs and shortages contributed to a dip in the Canxchange Farmers Sentiment Index to 108.72 from 111.7 in July. “Small production units (<500 ha) continue to suffer the most from this situation,” the report notes.

Green economy & hemp: Hemp has a significant role to play in addressing climate change but investment in technology and infrastructure is in a “very slow upward trend,” Laura Herschlag, a 15-year cannabis veteran and co-founder of TEQA Capital, said in an interview that is part of the Q4 Benchmarks report. Beyond hemp’s environmental and economic benefits, the sector offers an opportunity to create and transfer skills, promote social and gender equity, and uplift economically distressed communities, Herschlag said.