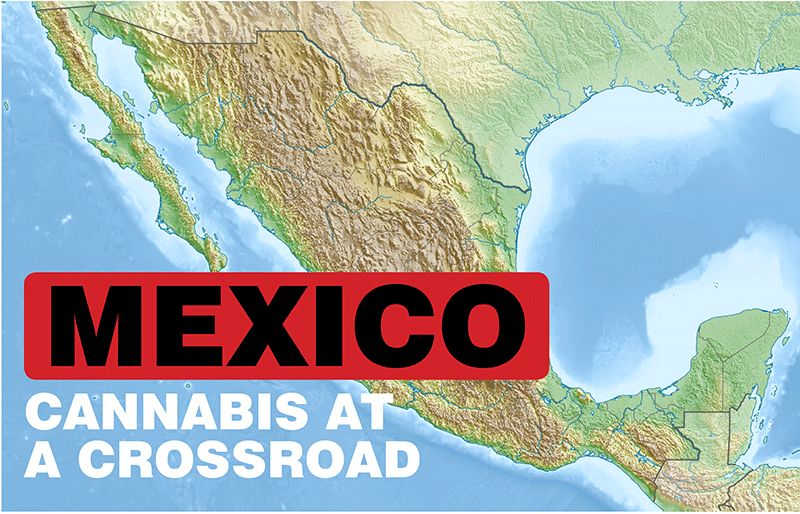 A recent decision by Mexico’s high court and revival of a cannabis bill in the country’s legislature are signals that the hemp industry is finally moving ahead in Latin America’s second-biggest market.

The Supreme Court of Justice of the Nation last week lifted hemp over a fundamental barrier by declaring prohibitions in the country’s health and criminal laws unconstitutional. The declaration establishes the legality of growing and processing industrial hemp, with the THC limit set at 1.0%.

Meanwhile, a proposed law that would open the commercial market for industrial hemp and recreational marijuana under a new regulatory body has been revised and is circulating among legislators.

The ruling on hemp by the Supreme Court came in a case brought by Canada-based hemp product maker Xebra Brands Ltd. and its Mexican subsidiary, Xebra Mexico Ltd. which challenged the Federal Commission for Protection Against Sanitary Risks (COFEPRIS) over articles in the General Health Law and Federal Criminal Code.

The court said those articles, which have restricted cannabis production to applications for medical or scientific purposes only since 2017, violate the human right to freedom of work and commerce by blocking industrial hemp.

In the strict legal sense, the court ruling protects Xebra as long as the company “obtain(s) authorization to plant crops and harvest hemp, . . . guarantees that the plant produces concentrations equal to or less than one percent (of THC), and under the conditions of monitoring, control and security that the competent authority, in exercise of its technical powers, deems appropriate to protect health and public order.”

The broader effect is a fundamental step in the opening of the Mexican market for hemp-based extracts, health & beauty and food & drink products.

The Supreme Court’s ruling now heads to a lower court for review and instructions on implementation through COFEPRIS.

Xebra Brands, which is listed on the Canadian Securities Exchange (OTC) and is headed by Mexican businessman Rodrigo Gallardo, President and CEO, said the ruling clears the path to producing and selling its CBD and CBG products such as topicals, tinctures, oils and drinks.

Observers have meanwhile said there is general agreement among leading lawmakers to fast-track revised legislation to regulate cannabis after the Mexican high court issued a separate decision this past summer legalizing recreational marijuana and hemp despite no regulations being in place.

The court nearly three years ago ordered the end of prohibition on the personal possession and cultivation of cannabis. But lawmakers have dragged their feet on setting rules. In response to the delay, justices voted on their own to end criminalization this past June.

The law currently afloat in the Senate, revised from a version passed but then stalled last year, would establish licensing for cultivation, research, commercialization and sales, import and export of marijuana and hemp raw materials and products.

The law would also establish social justice programs for small growers and communities affected by cannabis prohibition, requiring that 40% of licenses granted in the first five years go to indigenous communities and others who have suffered under criminal laws.

Rules under the cannabis law would be set by a new agency, the Mexican Institute for Cannabis Control, a decentralized body under the Ministry of Health which is to be created. That agency would also be responsible for issuing licenses, overseeing the program and promoting cannabis-themed public education campaigns.

The previous version of the law did not consider cannabis-infused food and beverages, including CBD. That could change as the result of the Supreme Court’s ruling in the Xebra Brands Ltd. case.