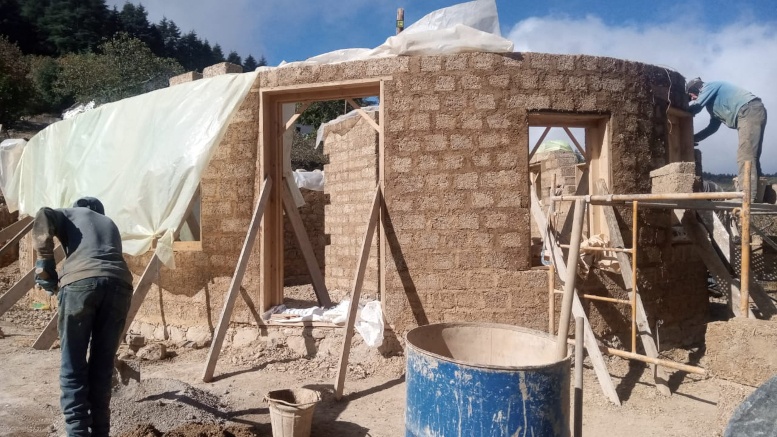 The Moroccan government last year passed a law that could give impoverished farmers in the country’s Central Rif a chance to give up illegal cannabis growing to establish hemp value chains. But officials have left rural communities in the lurch by failing so far to organize the hemp sector and release regulations.

“They live between the inconvenience of marketing their product and the uncertainty implied by a confrontation with the new law”, Monika Brümmer, of the Moroccan hemp cooperative Adrar Nouh said of the rural communities in the Rif.

The law passed in 2021 freed farmers in select, traditional farming regions to legally grow and process cannabis after decades of prohibition. In addition to regulations and organizational decrees, government guidance and support for basic infrastructure and training are needed to establish a legitimate hemp value chain for the farmers, said Abdellatif Adebibe, a co-founder of the Adrar Nouh co-op.

The cooperative is part of a long-term initiative to improve living conditions in the Rif and capitalize on the potential of local cannabis resources while saving and valorizing the traditional architecture of the region and raising new homes and other buildings.

Adrar Nouh employs local farmworkers whose handicraft, carried out under difficult conditions, is highly valued to the cooperative, serving as an inspiration to local communes, said Adebibe, a Moroccan activist who has long worked to advance economic opportunities among the farming society that consists of 60,000 families in the Rif.

Despite the uncertainty, Adrar Nouh continues to develop and advance natural building projects in the commune of Issaguen (formerly known as Ketama) and its new village extension. The co-op recently resumed work on a one-story, 70-square-meter building, backed by international donations. The donors have helped keep that project moving in the absence of government support programs because they recognize the potential of bio-based value chains for the creation of sustainable jobs, Brümmer said.

A project work crew processed four tons of cannabis straw into more than 2,000 large building blocks for the structure; an additional 2.5 tons of straw went into mortars, plasters, slabs and roof composites.

Using the hemp waste material reduces carbon emissions associated with burning the leftover stems, as farmers have traditionally done, according to Brümmer. The initiative is demonstrating a rural economic development strategy by sourcing all materials – mineral, agricultural and timber – from the immediate surroundings of the building site.

The Issaguen building is the second hemp construction project by Adrar Nouh following the cooperative’s Sunimplant solar-powered dome, which received international acclaim and sparked the establishment of legitimate industrial hemp businesses in Morocco.

Brümmer said the Central Rif region also faces the challenge of preserving traditional agricultural practices and biodiversity, and that government guidance should ensure all possibilities to protect indigenous cannabis strains that are habituated to microclimates of the region, which sits at altitudes of up to 1600 meters above sea level.

How will marijuana legalization impact Virginia prison populations?
WEEDIQUETTE – Stoned Kids: Beginner’s Dose (Exclusive Preview)
LVMPD Tackles the Rising Problem of Marijuana Grow Houses
How to be approved for medical marijuana in Ohio
Educational Series (31 of 31): Will CBD Show Up on a Drug Test?