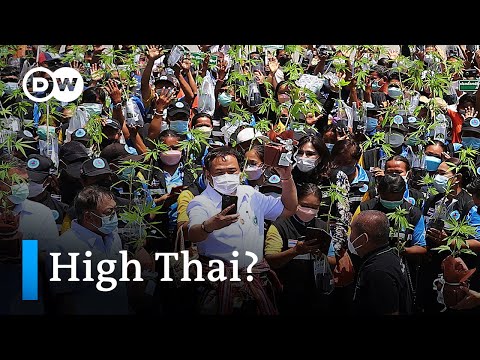 Hemp Legalization & Regulatory News for Hemp Businesses
Share on Facebook
Share on Twitter
Share on Pinterest
Share on LinkedIn
Thailand plans to give away 1 million marijuana seedlings to encourage growers — getting high, however, could still be punished. A legislation allowing the cultivation of cannabis in Thailand came into effect on Thursday. The law, also allowing the use of cannabis in food and drinks, is a first of its kind in Asia. Although Thailand is not following the Uruguayan or Canadian models of legalizing recreational marijuana, it is seeking to boost hemp agriculture and medical tourism.

Grow but don’t smoke
Thailand is strongly promoting growing cannabis and using it for medicinal purposes, but it is still encouraging people not to smoke pot. The government is not allowing the possession or sale of cannabis extracts containing more than 0.2% of its psychoactive ingredient tetrahydrocannabinol, also known as THC. That’s around 20 to 40 times less than modern recreational cannabis designed to influence people’s state of mind would likely contain. In a warning against recreational use, the government said smoking pot in public could be considered nuisance, due to the smell. That’s punishable with up to a 3-month sentence and a fine of 25,000 Thai baht ($780, €728).