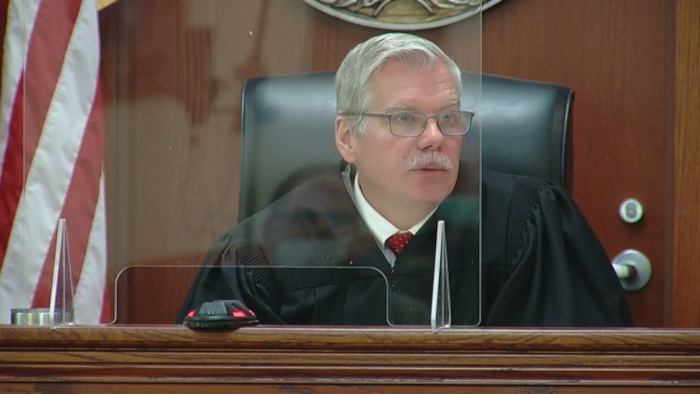 A judge in Kentucky has barred law enforcement from meddling in the production and sale of delta-8 THC but dismissed an injunction against the state agriculture agency, which could cause stakeholders to lose their hemp licenses.

The ruling, handed down by Boone County Circuit Court Judge Richard Brueggemann last week, follows a temporary injunction put into force against both the Kentucky Department of Agriculture (KDA) and the Kentucky State Police in March after the Kentucky Hemp Association (KYHA) filed suit last year.

While Brueggemann’s most recent decision prevents the state law agency from charging retailers and producers with criminal activity for selling delta-8 products, the part of the lawsuit that targeted the KDA was dismissed due to a lack of standing on the part of the plaintiffs.

Dismissal of its challenge to the FDA “(leaves) questions and concerns about how KDA will approach this issue in the future,” KYHA said in a press release.

KDA in August 2021 declared delta-8 an illegal “synthetic” drug at both the state and federal levels. The state farming agency warned producers and sellers in a letter that distributing delta-8 products could lead to both revocation of hemp licenses and criminal prosecution.

While the judge removed the threat of prosecution with his ruling last week, KHYA observed that the dismissal of its challenge to the KDA, which is the hemp permitting authority in Kentucky, “(leaves) hemp processors at risk of losing their hemp licenses.”

In bringing the lawsuit against the state agencies a year ago, the KYHA argued against an interpretation of state cannabis laws that declared delta-8 THC a Schedule I controlled substance.

Delta-8 occurs naturally in small amounts in industrial hemp plants (which also express trace amounts of delta-9 THC, the more common, high-producing THC found in marijuana plants). But most delta-8 products, widely available in marijuana dispensaries and other retail outlets in many parts of the country, are produced by putting hemp-derived CBD through a chemical process.

Based on a strict interpretation of federal hemp rules that came in the wake of the 2018 Farm Bill, Brueggemann’s temporary injunction issued last March found those regulations only refer to, and address limits on, delta-9 THC in hemp, and do not explicitly outlaw delta-8 THC. The judge also found that the Kentucky legislature had not specifically banned delta-8, making it an allowable downstream derivative of legal industrial hemp.

Brueggemann declared in the original injunction:

“[I]f only natural hemp, (unadulterated by any chemical) is worthy of exemption, then Congress, and the General Assembly, could have made their statutes say so. They did not.”

“Likewise, if the extraction or production of derivatives using non-hemp solvents should have remained a controlled substance, then the legislators could have, by statute, said so. They did not. Nor did the legislative body choose to limit delta-8 concentrations as it did with delta-9. Again, they could have but did not,” the judge observed.

Anti-delta-8 forces pushed back by introducing a bill in the legislature earlier this year to permanently ban “intoxicating” hemp cigarettes, cigars and smokeless products such as dip or chew, as well as whole hemp flower buds, hemp teas, and ground hemp flowers and leaves. The bill eventually failed after heavy lobbying by the KYHA.

States all over the USA are grappling with delta-8, which is unregulated by the U.S. Drug Enforcement Administration and exists in a legal gray area. Some states have outlawed the compound altogether while others are treating it under rules for marijuana products.

Many producers, desperate to unclog the CBD supply chain amid a worldwide glut of biomass that sent prices plummeting, see synthetic delta-8 as an outlet for that material, and a market going forward.

But regulators and even some hemp stakeholders say the 2018 Farm Bill never intended hemp to be used for products that can be classified as psychoactive, and also oppose delta-8 THC products because they are not derived from the hemp plant in a natural manner.

Delta-8 THC is likely to be addressed in the 2023 Farm Bill as it is one of several issues stakeholder groups and legislators have begun to discuss for improving and clarifying the landscape for industrial hemp.